Gray cast iron, a type of cast iron most widely used for production of industrial components, has superior machinability to that of other types of cast irons and requires lower levels of lubrication from the metalworking fluid used. 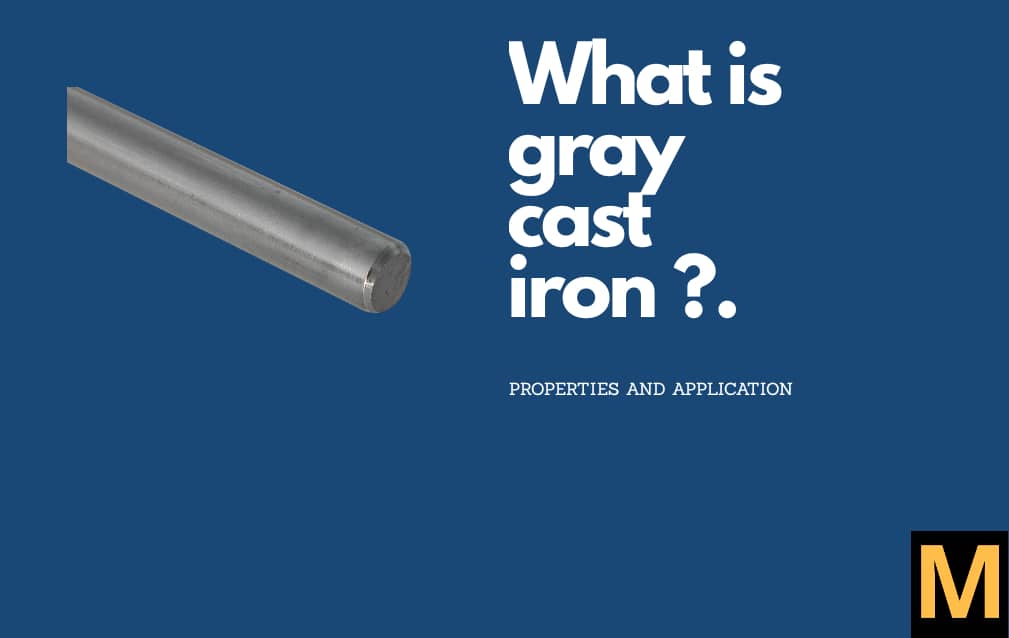 Gray cast irons are typically alloyed with higher levels of sulfur and manganese relative to that of other forms of cast iron. It has been found that during machining, the sulfur and manganese can combine to form manganese sulfide inclusions which serve as effective solid lubricants and contribute to the machinability of the metal and extension of the lifetime of the tools used.31–35Thus, owing to the structure of the graphite present in the metal and the formation of inherent lubricating manganese sulfide inclusions, gray cast iron exhibits good machinability and can often be machined effectively using lower lubricating fluids such as clear solution synthetics or clear or translucent
microemulsions.
Gray cast iron is a broad term used for a number of cast irons whose microstructures are characterized by the presence of flake graphite in the ferrous matrix. Such castings often contain 2.5% to 4% carbon, 1% to 3% silicon, and some additions of manganese ranging from 0.1% to 1.2%.
This is one of the most widely used alloys of iron. The strength of gray cast iron depends on the matrix in which graphite (free carbon) is embedded. The matrix can range from ferrite to pearlite and various combinations of the two phases. Large graphite flakes reduce the strength and ductility, so inoculants are used to promote fine flakes. 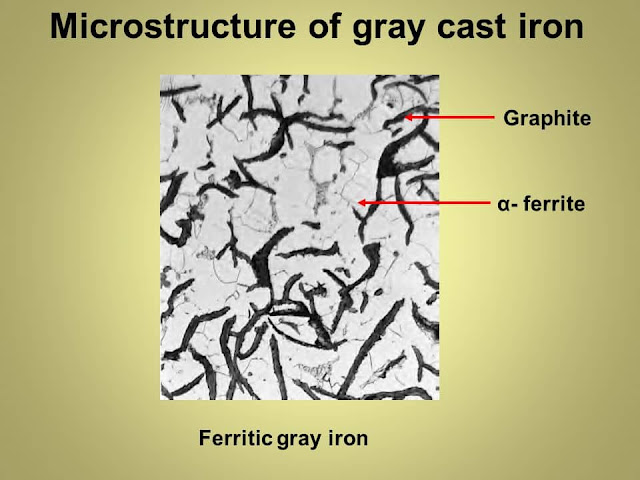 Grey cast iron is named after its grey fractured surface, which occurs because the graphitic flakes deflect a passing crack and initiate countless new cracks as the material breaks. White cast irons are hard and brittle. Grey cast irons are softer with a microstructure of graphite in a transformed-austenite and cementite matrix. The graphite flakes, which are rosettes in three dimensions, have a low density and hence compensate for the freezing contraction, thus giving good castings that are free from porosity.
The flakes of graphite have good damping characteristics and good machinability because the graphite acts as a chip breaker and lubricates the cutting tools. In applications involving wear, the graphite is beneficial because it helps retain lubricants. However, the flakes of graphite also are stress concentrators, leading to poor toughness. The recommended applied tensile stress is therefore only a quarter of its actual ultimate tensile strength.

Sulphur in cast irons is known to favor the formation of graphite flakes. The graphite can be induced to precipitate in a spheroidal shape by removing the sulphur from the melt using a small quantity of calcium carbide. This is followed by a minute addition of magnesium or cerium, which poisons the preferred growth directions and leads to isotropic growth, resulting in spheroids of graphite. The calcium treatment is necessary before the addition of magnesium because the latter also has an affinity for both sulphur and oxygen, but its spheroidizing ability depends on its presence in solution in the liquid iron. The magnesium is frequently added as an alloy with iron and silicon (Fe-Si-Mg) rather than as pure magnesium.

However, magnesium tends to encourage the precipitation of cementite, so silicon in the form of ferrosilicon is also added to ensure the precipitation of carbon as graphite. The ferrosilicon is the inoculant in the system.
Gray cast iron is by far the oldest and most common form of cast iron. As a result, it is assumed by many to be the only form of cast iron, and the terms cast iron and gray iron are used interchangeably. Unfortunately the only commonly known property of gray iron—brittleness—is also assigned to “cast iron” and hence to all cast irons. Gray iron is so named because its fracture has a gray appearance. It contains carbon in the form of flake graphite in a matrix that consists of ferrite, pearlite, or a mixture of the two.

The fluidity of liquid gray iron and its expansion during solidification because of the formation of graphite have made this metal ideal for the economical production of shrinkage-free, intricate castings such as engine blocks.

The flake-like shape of graphite in gray iron exerts a dominant influence on its mechanical properties. The graphite flakes act as stress raisers, which may prematurely cause localized plastic flow at low stresses and initiate fracture in the matrix at higher stresses. As a result, gray iron exhibits no elastic behavior and fails in tension without significant plastic deformation but has excellent damping characteristics. The presence of graphite flakes also gives gray iron excellent machinability and self-lubricating properties. 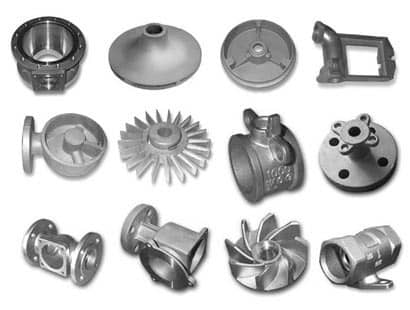 Welcome back to The Mechanical post ! Today let’s see what is rubber in detail.Rubber is one of the most…

Cast iron may be defined as “an alloy of iron and carbon containing more than 2% carbon”. The minimum carbon…