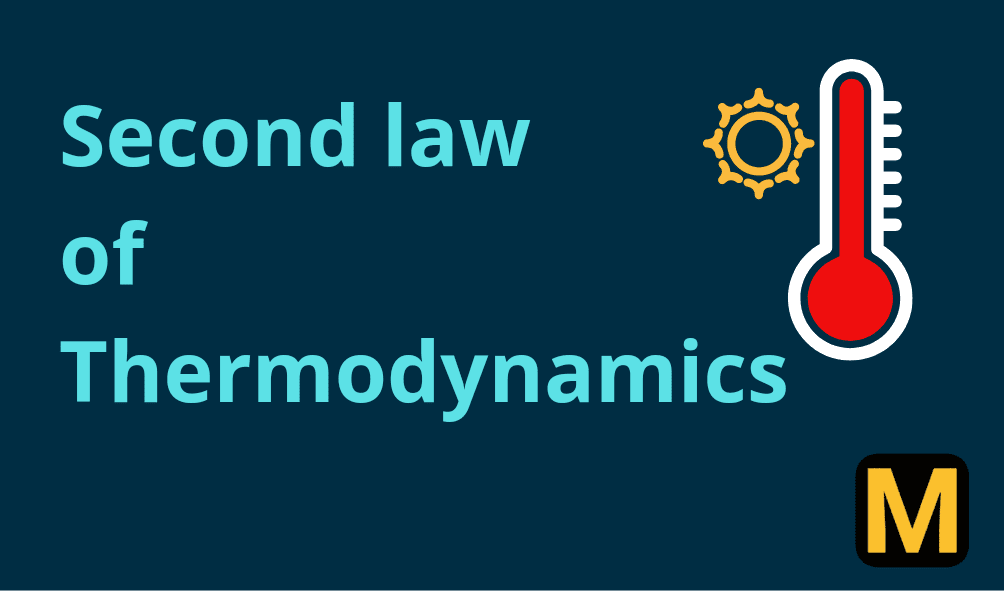 Introduction to Second law of thermodynamics

The origin of the second law of thermodynamics was in Carnot’s principle. It refers to  Carnot cycle of heat engine, fictively operated in the limiting mode of extreme slowness known as quasi-static so that the heat and work transfers are between subsystems that are always in their own internal states of thermodynamic equilibrium. The Carnot cycle is an ideal process.

The second law of thermodynamics may be expressed in many specific ways, the most well-known statements being the statement by Rudolf Clausius (1854) and the statement by Lord Kelvin (1851). These statements cast the law in general physical terms citing the impossibility of certain processes. The Clausius and Kelvin statements are equal.

The 2 statements of the second law of thermodynamics are :

Given below is the Kelvin-Plank statement:

It is impossible to create a heat engine which converts all the supplied heat to it into equivalent work. 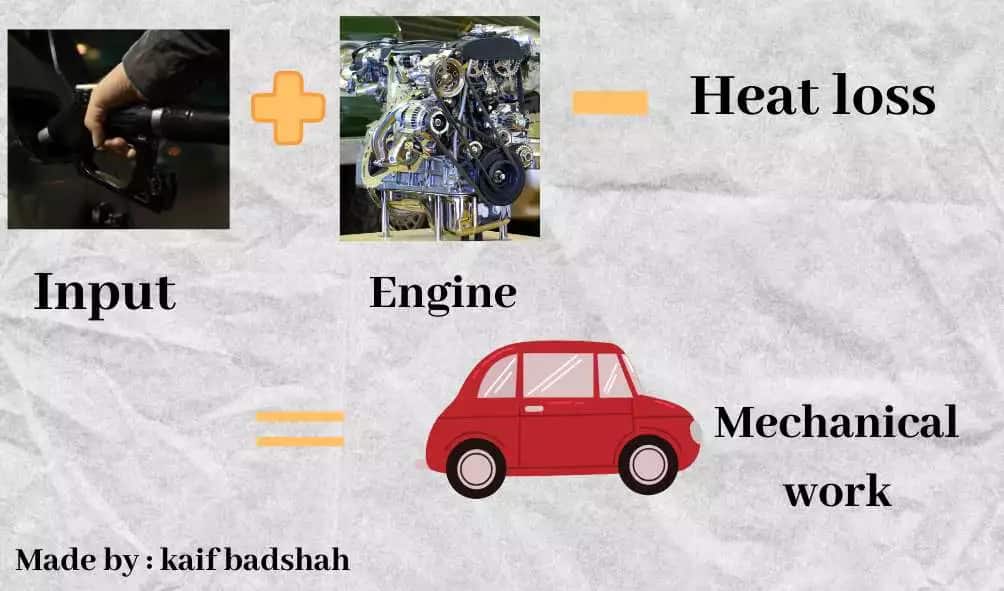 The Kelvin statement deals with heat engines. First, let us get acquainted heat with a heat engine. The main function of an engine is to convert heat energy (combustion) into mechanical work.
However, all amount of heat or input which is given to the engine doesn’t translate into an equivalent amount of work. This is due to the energy losses caused by the process. The major losses include frictional losses and heat lost to the surroundings. The above fig shows the kelvin-plank statement working through an example of a car engine.
The input to the engine is the heat energy of the fuel. Due to the friction between the moving parts of the engine as well as heat lost to the surroundings result in less energy or power available at the end of the process i.e. the movement of the car.
Thus, all the supplied input energy cannot be converted into equivalent work.

Given below is the Clausius statement: 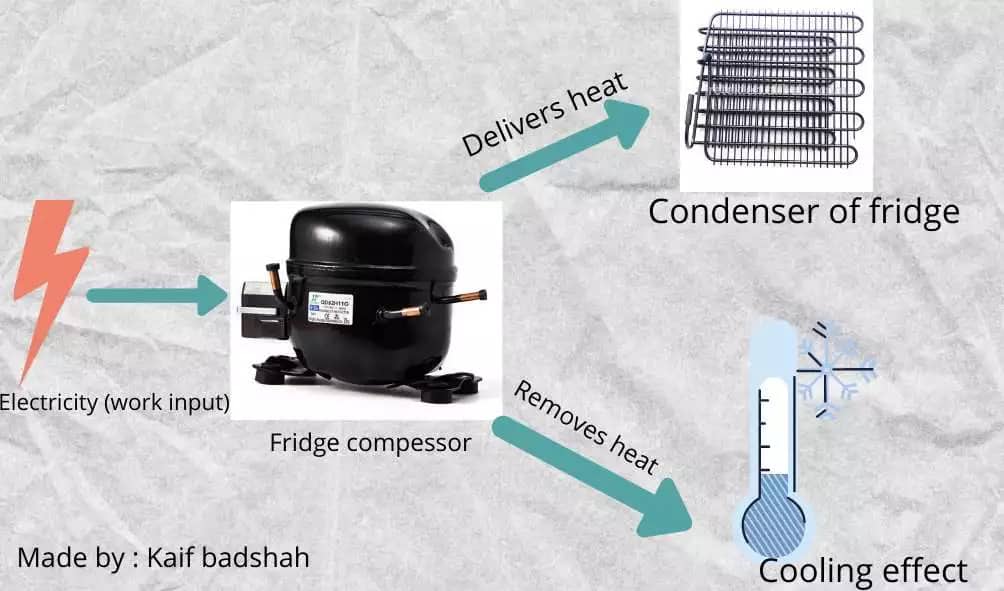 That’s an overview of the Second law of thermodynamics. If you like this post or have any suggestions do let us know in the comments we would love to hear from you.

Also, do click the subscribe button to get notified whenever we come up with a new article! (P.s it’s free!!)

What is ideal gas equation ? The relation between pressure volume and temperature of a gas is known as ideal…