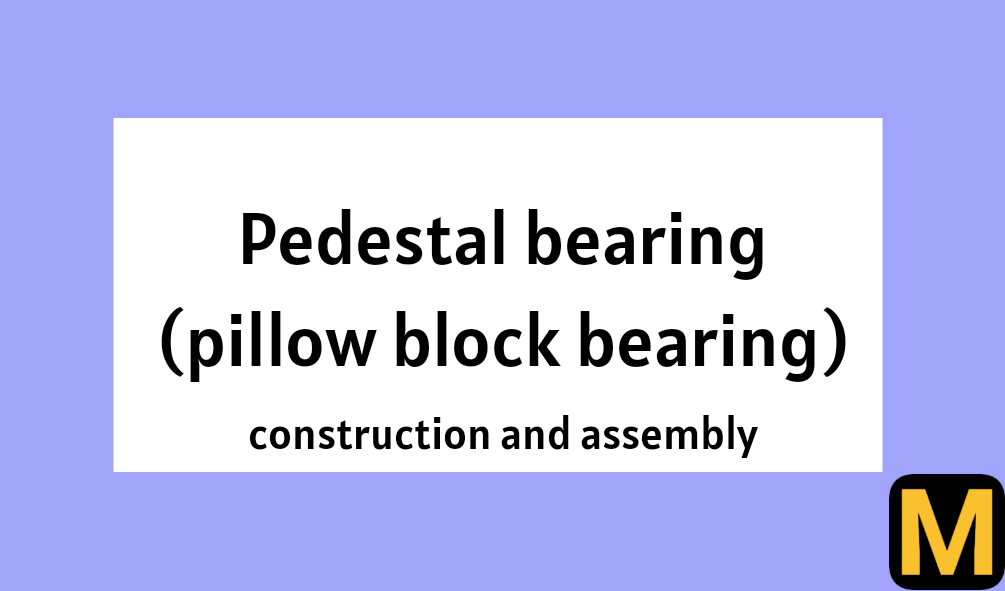 Plummer block or pillow block is a type of bearing which is used for the purpose of supporting shafts.

Long shafts in machines, when in use tend to bend due to their own weight and thus cause vibration, noise and inefficient power delivery.

A pillow block bearing enables free rotation of the shaft inside it, also while supporting it with minimum resistance.

What is pillow block bearing ?

The pillow block bearing is a type of fixed bearing with strong foundation and is used to support shafts. It is usually used to provide end support to the shaft. This bearing is strong and robust, and with minor changes it can be used almost anywhere.

The pillow block bearing or pedestal bearing consists of the following components:

The body or base

The base also known as body is made up of Grey cast iron, spheroidal cast iron or Cast steel and is bolted to a foundation or a rigid structure. As shown in the figure the block has a semicircular cut out to house the bush. 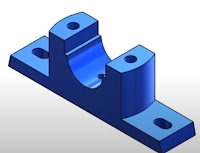 It also has a small diameter hole in the semicircular cut out, so that the projection of the bush locks itself into it. This prevents the movement of the bush when the shaft rotates inside it.

It is made up of  cast bronze or oil impregnated sintered bronze which has very good mechanical properties suitable for bearings.

It is the top part which is placed above the bush and the body as shown in the figure. It has 2 through holes on either end for bolts to pass through. The cap secures the bush and prevents its movement. 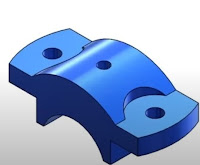 The cap has a small hole at the center for lubricating oil to pass via the hole in the bush and reach the shaft. This helps in reducing friction between the shaft and the bush. Thus resulting in reduced wear and tear.

Two square headed bolts are used to clamp and hold together the above assembly. These bolts are fitted upside down such that the square head is at the bottom and the threads are at the top passing through the cap.

To place the shaft inside the bearing the lock nut and nut are removed. The cap is then taken off. Now the bush is removed and then slid over the shaft. The cap is placed over and then tightened by the nut and lock nut.
The same process is repeated vice versa to remove the shaft from the pillow block bearing or pedestal bearing.

That’s all about pedestal bearing. If you like this post or have any suggestions do let us know in the comments we would love to hear it from you.

From the editor’s desk

If you are interested in reading such mechanical content ( besides your favourite The Mechanical post ) you might want to check out Top 30 Mechanical Engineering Blogs  on the internet.
We’ll be back soon with another interesting article till then Keep learning and read The Mechanical post!

Mechanical Engineering involves designing , building , maintaining and upgrading of machines. Now what is this term “Machine“. Anything which… This is The Mechanical post and today we’ll see about the 5 books to read for Mechanical engineers. You probably…

Introduction to sound Sound waves are longitudinal waves in a medium such as air. The molecules in the medium vibrate… Are you looking for gift ideas for mechanical engineers or mechanical students? You’re at the right place. This is The…

Many students have just passed 10th and are wondering wether they must opt for 11th – 12th or diploma. So…