Welcome back to The Mechanical post ! Today in this article we will see:
What is Rolling process ? its working, advantages, disadvantages and applications. 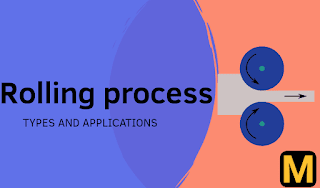 What is Rolling process ?

Rolling is a type of manufacturing process in which the metal is passed through pairs of rollers, this results in reduction and uniformity of the cross section of the metal workpiece.

This process mainly deals with the cross-section of the metal which is to be rolled. The main aim of using this process, is to reduce the thickness of the workpiece by increasing its length. However, in this process the breadth or width of the strip/sheet remains the same.

The rolling process makes use of one of the mechanical property of metals which is “plasticity”.

When a metal is loaded beyond its elastic limit it deforms permanently. This property of metals is termed as ‘Plasticity’

When the metal is passed through the rollers it undergoes compression. This load applied is such that it exceeds the proportionality limit of the metal being compressed. Thus, causing plastic deformation. And hence the workpiece can be given desired shape.
Rolling process is mainly classified into 2 categories on basis of workpiece temperature.

The rolling process in which the metal strip/sheet is heated above its re-crystallization temperature before being passed through the rollers is called as hot rolling process.

Rollers come in various shapes and arrangements depending upon the workpiece and desired output. The types of rollers are:

Transverse rolling is a type of rolling process which is used to make tapered shafts, leaf spring etc. 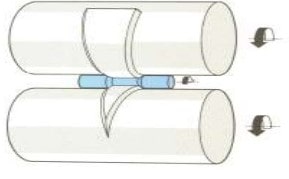 This process consists of rollers which rotate in the same direction while the metal bar is fed in transverse direction, thus the name “Transverse rolling”.

Its the simplest form of rolling in which cylindrical rollers are placed at appropriate positions. As the workpiece advances its thickness reduces while the length increase. The width remains almost the same with little changes. 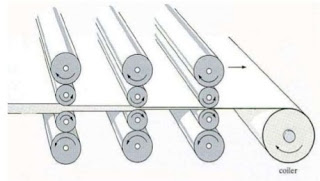 Flat slab is progressively bent into complex shape. Suitable for moulded sections such as irregular shaped channels and trim.

As the name suggests this rolling process helps turn the metal strips into circular rings by using a special type of rolling arrangement as shown in the figure. 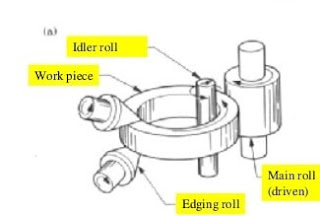 A specialised type of hot rolling that increases the diameter of the ring. The resulting grain structure is circumferential, which gives better mechanical properties.

In this process threads are formed over the circumference of a cylindrical workpiece. Rolled threads are produced in a single pass when dies are pressed against the surface of the cylindrical bank as shown in figure.

Types of defects in rolling

During the rolling process, defects are introduced in the workpiece. Let’s discuss some of them. Types of defects are:

Due to improper force applied or due to improper arrangement of the rollers, the metal sheet or strip isn’t compressed successfully resulting in wavy shaped workpiece instead of a smooth one. 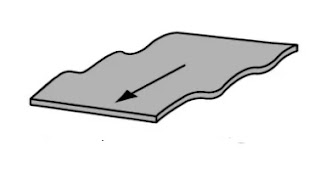 Edge cracks are formed due to suddenly and excessively quenching the metal during the hot rolling process which results in increased internal stresses. 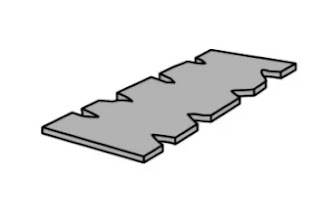 It is the defect in which a crack causes separation between the layers of the metal which looks like the mouth of the alligator, hence the name alligatoring. 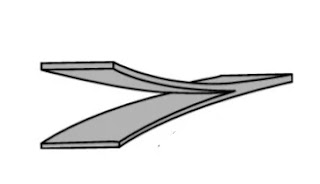 The advantages of the rolling process is given as follows :

That’s an overview on the rolling process. If you like this post or have any suggestions do let us know in the comments we would love to hear it from you. Every industry that needs to transport or move products from one production area to another uses conveyor systems. These industries…

The Mechanical post welcomes you back! Today we’ll talk about pattern, what materials are used for the making, its advantages,… Glass engraving is a prevalent yet strangely unconventional activity even in 2021. We see glasses in our daily lives, and…

Tools are the extension of a worker’s hand which helps improve the ability to improve or modify other things. So…

Today at The Mechanical post we’ll learn about What is a CNC ? its construction, working, its types, advantages, limitations…