You might have heard the term “automation” numerous times and why not? every process is now being automated around us. Automation is becoming the ‘new normal ‘ for industries worldwide.

Many companies are opting for automation and smart manufacturing solutions to become “smart factories” of the future. Well there are different types of automation but today we’ll see in particular about Industrial automation and its types.

What is Industrial Automation?

Industrial Automation is the technology that uses mechanical, electronic and computer systems to help manufacture and control things in production.

The term “Industrial Automation” is a process in which various tasks in the manufacturing process are performed automatically. The operator is required only for supervision, this enables him to control a number of machines at a time. In today’s world for a company to survive in the cut-throat competition, it must opt for automation.

Automation can be classified into 3 major categories:

Fixed automation refers to the use of special-purpose machines to perform a specific task only. These types of automatic machines are made to perform single or at the most two tasks. Fixed automation is capable of manufacturing a particular product style, so any changes in the product design or process means changing the automation system which in turn is quite difficult. 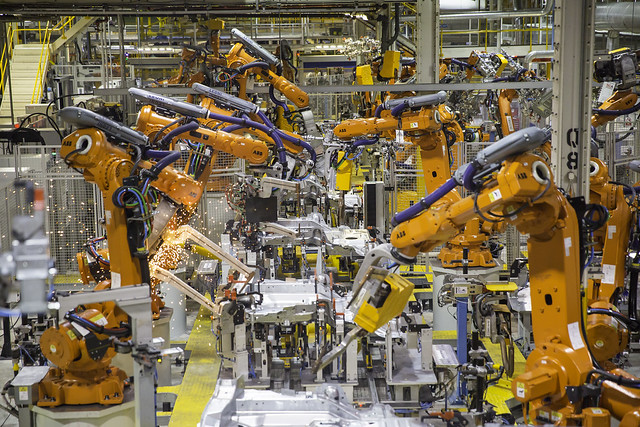 Fixed automation is also referred to as “Hard Automation”

Advantages of Fixed Automation are:

Limitations of Fixed automation are:

Programabble automation refers to the production equipment designed with the capability to change the sequence of operations to accommodate different product configurations. The operation sequence is controlled by a program, which is a set of instructions coded so that the system can read and interpret them. New programs can be introduced into the equipment to produce new products. 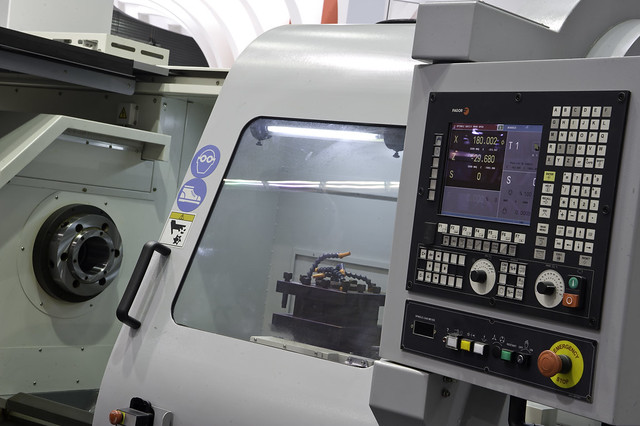 Advantages of Programmable Automation are:

Limitations of Programmable automation are:

Flexible automation is an extended part of programmable automation. A flexible automated system is one that is capable of producing a variety of products (or parts) with virtually no time lost when changes are made from one product to the next. 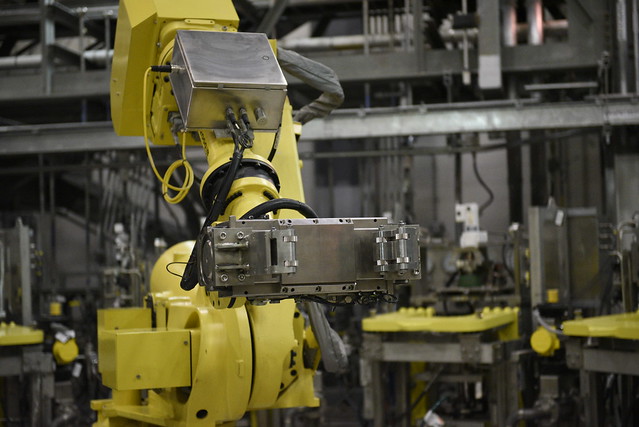 There is no production time lost while reprogramming the system and altering the physical setup (tooling, fixtures, and machine setting). Consequently, the system can produce various combinations and schedules of products instead of requiring that they be made in separate batches.

Flexible automation is also referred to as “Soft Automation”

Examples of flexible automation include robotic arms that can be reprogrammed to do a variety of tasks like drilling, welding, spray painting etc.

Advantages of Flexible Automation are:

Limitations of Flexible automation are:

All of the above automation can be quite expensive and for small to medium scale businesses it might be a problem. Therefore, for this purpose Low Cost Automation can be implemented.

What is Low cost automation? Welding is one of the most widely used manufacturing process in the industrial world. Welcome back to The Mechanical Post… Glass engraving is a prevalent yet strangely unconventional activity even in 2021. We see glasses in our daily lives, and… This is a 3 axis or a 5 axis CNC machine! You might have heard someone saying this. Ever wondered…

Today at The Mechanical post we’ll see about what are G codes and M codes in CNC machining. Also, you…

Casting is a manufacturing process which is implemented since ancient times. Till now “casting” is the choice of many manufacturers…