There’s a misconception among many mechanical engineering students that Python is only for Computer and IT students. But it’s not true, the Python programming language is quite useful for Mechanical engineers and today we’ll discuss the 10 Reasons Why Mechanical Engineers must learn Python now.

Given below are the Top 10 Reasons Why Mechanical engineers Must Start Learning Python programming Now.

Nowadays everything around us is becoming advanced & smart, be it the self-driving cars or industrial processes. At the same time, huge amounts of data are being generated and processed.

Python plays an important role in this. Learning how to code in python not only adds a new skill to your résumé but also prepares you for emerging job roles in the near future.

Due to the immense popularity of using Python, many employers are now adding Python to their required skill list. Thus, learning python can set you apart from the crowd.

Do check out our article on: What is Industrial automation and it types?

2. Python is simple and easy to learn language

TOIBE Index that indicates the popularity of a programming language has ranked Python no 1 in its list followed by C, Java, and C++ as of November 2021. You can check out their list here. This shows us that the popularity of python is increasing and is in demand.

It is easy to read and understand a program written in python than in other programming languages. This factor let alone is one of the major contributors to the immense popularity of this language.

When compared to programming languages like Java, C, and C++, python requires fewer lines of code to do the same function. Apart from that, it’s very easy to install and get started today.

Hence, python is often referred to as a “beginner-friendly” programming language.

Python is an open-source programming language that is free to use even for commercial purposes. The Python language can be used as an alternative to MATLAB, hence saving you a good amount of money. Python is free not only in terms of cost but also in terms of versatility. Python can be used in a variety of ways due to the fact that it is open source and has a wide user base.

4. Python and CFD are best friends

The benefit of using it is that once the program is written everyone in the organization can use the code and even build up on it. This would save a lot of time and help increase efficiency. Also, a lot of time-consuming calculations in CFD can be automated using python.

5. Its better than MATLAB

MATLAB is a well-known software among engineers and scientists, it is being used for a long time to perform complex mathematical calculations. However, Python is more versatile than MATLAB as well as has a huge online support community.

Also one has to spend a good amount of money to get going with MATLAB. MATLAB might be a good option but for most use cases especially for smaller organizations python is a capable and powerful tool. And speaking of tools, there’s a python toolbox called “mechpy” built for mechanical engineers.

Python is an interpreted language that is just like MATLAB. This means that Python code can be ported between all of the major operating system platforms and CPU architectures in the market, by implementing minor changes.

Excel and Google spreadsheets are used in the industry for data collection and processing for a long time. However, nowadays due to the drastic increase in data collected, excel cannot keep up with processing very large amounts of data.

This is another area where Python shines. Not only do Python’s high-level features make the process a whole lot faster but also the huge online libraries available online just make the task easier. Python is capable of processing huge amounts of data, thus it’s a commonly used tool in Data analytics as well as in Big data jobs.

7. Python is versatile with a wide range of application

Python is also widely used in scientific and numeric computing:

Be it for educational or business purposes python has something for everyone.

Python is being used by Intel, IBM, NASA, Pixar, Netflix, Facebook, JP Morgan Chase, Spotify, and a number of other massive companies. It’s one of the four main languages at Google, while Google’s YouTube is largely written in Python. The same is with Reddit, Pinterest, and Instagram.

8. Large number of libraries present according to your need

A library is a piece of code already written by someone that is meant to do a specific task. A person can just use a library in one’s program to increase the functionality of the program as well as save lots of valuable time as you don’t need to write everything from scratch.

Some of the most popular libraries used in python are:

Scikit- learn: It is a free software machine learning library for the Python programming language

Numpy: It is one of the fundamental packages for Python providing support for large multidimensional arrays and matrices along with a collection of high-level mathematical functions

Scipy: This is yet another open-source software used for scientific computing in Python.

Python is open-source software, this enables people to contribute to their work and improve python day after day. Python has extensive online documentation, thus it becomes even easier to learn python and in case you get stuck you can always refer to them.

Apart from the extensive online documentation, another benefit of using python is its huge online community that consists of forums filled with people that are ready to help you out with python programming.

10. Python can be used for A.I and Machine Learning

Artificial Intelligence and Machine learning are the future and they’re being implemented in different sectors to do different tasks.

When combined with libraries like sci-kit learn, python gets the ability to perform complex calculations by writing just a few lines of code. Furthermore, libraries like Keras, Tensorflow, etc add Machine Learning capabilities to python.

In coming years A.I and Machine learning will be the norm hence having a good knowledge of python language can keep you way ahead of your competitors.

In order to begin your professional journey and learn Python and different software, you would need a capable laptop. Fortunately, we have made a list of the 9 Best laptops for engineers for a different budget levels.

Although, programming is not the field of expertise for a Mechanical engineer, however, in this digital age learning a beginner-friendly language that has a lot of potential would be a good investment in yourself. Also, not to mention that it makes you stand out of the crowd.

Python is a simple and Beginner friendly language that needs no technical background to get started. Therefore, anyone including Mechanical engineers can learn python programming.

What is the Use of Python for Mechanical engineers?

If you are motivated and want to learn python, here are some popular books and a youtube video that would help you in your journey of excelling in the python language.

In Learn Python 3 the Hard Way, you’ll learn Python by working through 52 brilliantly crafted exercises. This Book Is Perfect For Total beginners with zero programming experience

We recommend watching this course for beginners. I have personally watched and learned the basics from Mosh. The video is such designed that anyone can easily understand and implement. If you’re reading this Mosh, a big Thank you for making this video! (*This isn’t sponsored, just geniune feelings…)

What do you think about Mechanical engineers learning python? Has your opinion changed after reading this article? Do let us know about it in the comments.

Also do share this article with your fellow Mechanical engineers so that they too can benefit from this.

We’ll be back, till then Keep Learning! 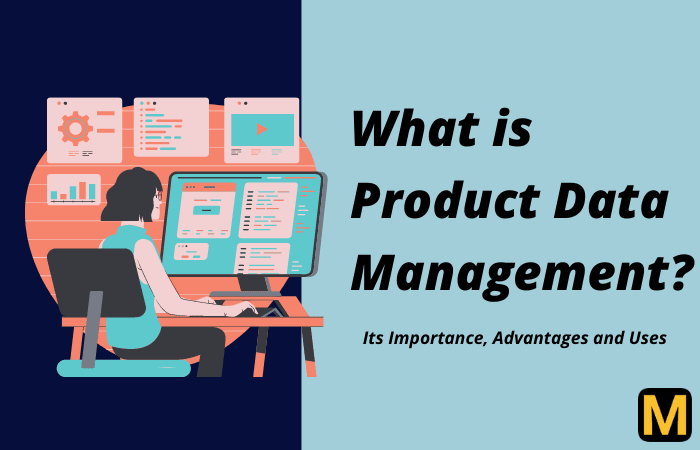 Introduction There are many ways engineers can manage data associated with their products. A PDM (Product Data Management) system is…